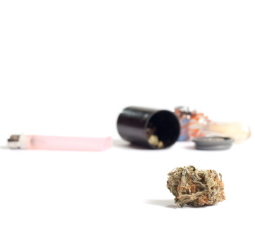 Drug offenses, including both misdemeanor and felony charges, carry significant penalties upon conviction. At Utah Freedom Fighters, our criminal defense attorneys have extensive experience representing clients on state and federal drug charges throughout Utah. Our goal in every case is to minimize the risk of punishment through proactive representation, even before charges are filed.

From the possession of a small amount of marijuana to the trafficking of cocaine across state lines, our firm has experience protecting the rights of our clients, regardless of the type or amount of drugs involved. Speak with a drug possession defense lawyer as soon as possible to learn more about your options for resolving these charges.

Our firm has defended individuals charged with the following drug crimes:

Call us now and we will examine the facts of your arrest to see whether law enforcement officers violated your constitutional rights during their search and seizure of evidence. If local diversion or drug court programs make sense, we will explore them, but we will fight for your freedom and the preservation of a clean record.

Below are the Top 8 Ways to Beat Your Drug Charge:

1.  The police illegally stopped your vehicle (if the police found the drugs or paraphernalia in your car). Often times the police will do a “wall stop,” which is code for “making up a reason to stop a vehicle by saying a traffic violation was seen, such as speeding or failure to turn on a signal (violations that are nearly impossible to contest because it is often your word verses the officer’s word). They then start launching into questions unrelated to the purpose of the stop, such as about whether you have drugs and/or alcohol in the car.

2.  The police illegally exceeded the scope of the stop by asking you questions beyond the reason for the initial stop, which is unconstitutional. Their hope is to get you talking so they can claim you were incoherent, nervous, giving inconsistent explanations, not making sense to them, etc., all to justify them pulling you out of the vehicle so they can search your vehicle.

3.  The police extended the reasonableness of the stop by waiting too long for the drug dogs to come sniff your vehicle out. Sometimes it takes several minutes for a drug dog to come out to the scene, which can be an unreasonable “seizure” of your person beyond what the constitution permits.

4.  The police did not read you your Miranda rights. If the police have you detained outside your vehicle, and you are not be free to leave and the officers start asking you questions that leads to you making statements that incriminate you, such as that you smoked pot a few weeks ago, etc., and if you were not read your Miranda rights (i.e. right to remain silent, right to have an attorney present, etc.) then you may have evidence obtained thereafter suppressed, or thrown out, destroying the state’s case.

5.  The police did not have enough probable cause to arrest you, making the search incident to your arrest illegal.

7.  The drug-sniffing dogs either had a false hit or were cued by the handler to “alert” on your vehicle. Many times the dog handlers have trained the K-9s to “alert” upon seeing a certain mannerism the handler exhibits. Other times the dog just hits on a few areas of the vehicle, where no drugs are even located, creating reasonable doubt that the K-9 being used was really alerting due to the detection of drugs, or whether the handler was cuing it.

There are many other ways to win a possession of drug and/or paraphernalia case, such as inadequate and defective confidential informant tip, insufficient probable cause due to defective affidavit in support of search warrant (search of home), etc.

Accused of a Crime in Utah?